Esma Oniani (1938-1999) was one of the most recognized poet and artist.   In 1963 she graduated from Tbilisi Academy of Fine Arts. Her graduation work The School-Leavers was highly praised and was sent to the student exhibition in Moscow.   She participated in numerous all-Union, Caucasian and republican exhibitions,... Read more >

Tamaz Jologua was born in 1954 in the village of Kvemo Barghebi, near Gali, Abkhazia. In 1976 he graduated from the Philology Department of Ivane Javakhishvili Tbilisi University. He worked in the Georgia Film (1978-79) and the State TV Company (1979-91). Since 1991 he is the Professor of the Journalism Department of Ivane Javakhishvili Tbilisi... Read more >

After graduating from Ivane Javakhishvili Tbilisi University and receiving Ph.D. in History, Zurab Batiashvili worked in the Georgian Parliament, the European Department of the Georgian Ministry of Foreign Affairs and the Turkish Embassy in Tbilisi. At present he works in the Council of Security and Crisis Management of Georgia. He has... Read more >

(1852-1919), a Georgian writer, critic and publicist. He was a student of Tbilisi Spiritual Seminary but was expelled as a politically unreliable young man. He continued his studies in Paris and on his return to his home country he was involved in the activities of the Georgian Society fighting illiteracy, as well as in those related to the... Read more >

A literary historian and critic, Ph.D. in Literature (2005), Member of Gelati Academy (2003), Laureate of The Literary Saba Award (three times). He was born in 1947 in Tkibuli, west Georgia. After finishing school in his native town, in 1965-74 he studied Georgian Philology and Journalism in Ivane Javakhishvili Tbilisi University. At... Read more >

(1881-1941), a Georgian scientist, archaeologist, ethnographer, the founder and first director of the Zugdidi Museum (later called the Historical and Architectural Museum of the Dadiani Palace). He studied archaeology, ethnography, cartography, philology, folklore and art in England. Later he collected geological and paleontological... Read more >

She graduated from the Caucasian Languages Department of Ivane Javakhishvili Tbilisi University. Her post-graduate course at the Academy of Sciences was in the Zan language studies. Since 1947 Irine Asatiani worked as a researcher in the Georgian Institute of Linguistics first in the Iberian-Caucasian Languages and later in the... Read more >

A Georgia poet, prose writer, translator, scholar and publicist living in Turkey. Educated as a journalist, for many years he worked on various encyclopedic editions, also translated many poems, novellas and historical novels. He was the founder and editor of a Turkish-Georgian magazine Pirosmani, published in Turkey. Artanuji has... Read more >

Born in 1939, Gela Charkviani is a Georgian diplomat, educator, writer and television personality.    He was born into the family of Candide Charkviani, the First Secretary of the Central Committee of the Communist Party of Georgia, and Tamar Jaoshvili, an ophthalmologist.   In 1957 he finished school in Moscow... Read more >

(1859-1937) While studying at Tbilisi Spiritual Seminary, Isidore Ramishvili was involved in the revolutionary activities organized by the students. At various times he worked as a school teacher, continuing to show interest in revolutionary protests, for which he was exiled from Georgia. Isidore Ramishvili was the first Georgian MP to... Read more >

Born in 1965, Shorena Lebanidze is Georgian journalist and writer.    In 1984-1989 she studied in the Journalism department of the Ivane Javakhishvili state university.   1990-1997 she was part of the editorial staff of the first independent Georgian newspaper 7 Dghe (7 days), while writing about the complex... Read more >

Roin Metreveli is a historian, academic, public figure, Ph. D. in History (1974), professor (1976), Academician of the Georgian Academy of Sciences (1993). His name is connected to the publication of the Soviet Georgian Encyclopedia. He is the author of more than 300 articles and books and he was the editor of nearly one hundred books on... Read more >

(1882-1962), a Georgian writer, publicist, public figure, one of the founders of Georgian psychological novel.    After graduating from Kutaisi Classical Gymnasium he continued his studies first at the University of Tartu and then at the University of Leipzig, where he received his Ph. D. in Philosophy. After returning to Georgia... Read more >

(1854-1916), a Georgian historian, teacher, philologist and public figure. He was the member of several organizations: the Clerical-Archaeological Council, the Church Antiquities Protection Committee, the Literacy Society and the Historical and Ethnographic Society. Tedo Zhordania contributed to discovery and critical study of ancient... Read more > 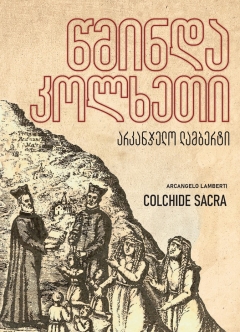 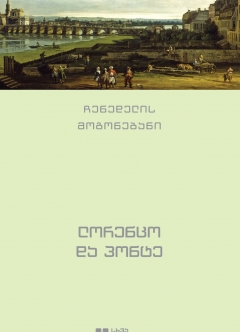 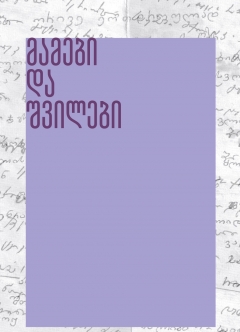 Fathers and the Sons